Left to my own devices, this first post would have covered the ins and outs of trapping the western pocket gopher. We would have discussed finding fresh gopher puffs in the early morning, the correct handling of the Macabee steel gopher trap, trap placement within the hole, and how to dispose of carcasses. The post might have even ventured into more advanced territory–like how to (humanely) beat a gopher to death when it is still alive on the trap. 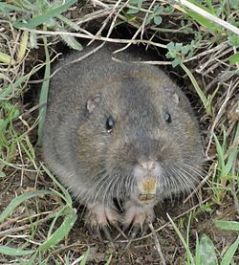 Alas, this is a shared blog, my wife apparently does not share the same level of excitement about gopher trapping as I do, and the western pocket gopher has yet to invade the well-manicured lawns of Centerville, OH. Instead, I was forced to do a quick pivot and talk about my personal experience with a four-and-a-half hour photo shoot yesterday.

Even the phrase “photo shoot” tends to give me heart palpitations, so early last week when Rach casually informed me that we’d be participating in an extended photo shoot Saturday afternoon with a couple friends, my standing heart rate would have surpassed that of a black-tailed jackrabbit being pursued by a gray fox in the deserts of New Mexico.

Maybe it’s that I never feel like I’ve quite nailed down my go-to smile. My smile pre-braces was a sight to behold. A picture from that time period is probably well left off this blog. My standard post-braces high school smile fully revealed both rows of teeth, which, in retrospect was probably a poor choice. The pic below demonstrates that particular smile in full display during high school, with my date before prom (Note that I also had not mastered the arm thing yet either). 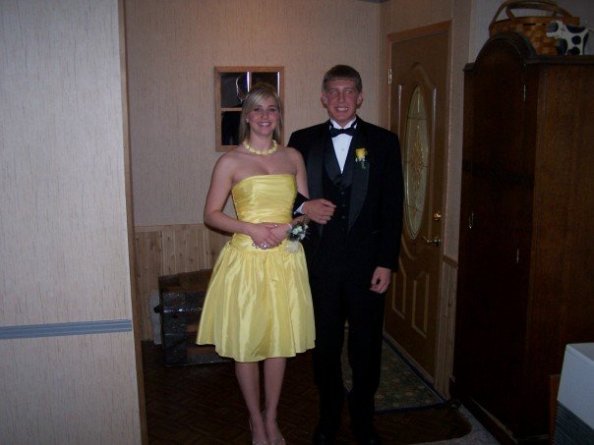 I was also the non-photogenic lead singer in a band in high school called One Way Street, and every legit high school band needs a legit picture for their album cover. The photo shoot (done by a high school buddy) was nothing short of an utter disaster from the talent side. Right before the shoot I had backed the family van into a brick wall–an event indicative of the kind of night it would be. Below I have inserted what was probably our best shot from the night, and the one we ended up using for our logo. You can only imagine what the other shots were like.

Modeling probably wasn’t in the stars for me, my brother (on the left), or my friend Tony.

On the eve of the dreaded photo shoot, I was filled with trepidation, left to imagine the variety of poses, commands, and outfits I would face come the new day. My sleep the night before was average, considering the circumstances. As the sun chased the darkness from the sky in the early morning hours of July 13, the day was upon us.

Rach had picked out two outfits for us to wear for the photo shoot. I leave all that coordinating to her, because I suffer from moderate color-blindness (more appropriately characterized as “color vision deficiency”), one of the most misunderstood and mocked disabilities in these United States of America. I still wait in anticipation for the day that we are seen as equals in the world. Being only moderately color-blind though, I had a suspicion that one of the shirts she picked out for the shoot was pink. I protested a little, but she assured me it was “more red than pink.” See and judge for yourself:

We met up with our friends & photographers (Tim & Chloe) for the shoot at about 3:30 in the afternoon and proceeded to drive into the great city of Dayton to get some urban shots. I had been told that she shoot would last until around 9:00 pm, so the number one thought running through my mind on the drive into the city was whether we would be finding somewhere to eat in that five-and-a-half hour span. Surely we wouldn’t be waiting to have dinner until 9:30!

Tim & Chloe are incredible friends, so if any photo shoot is bearable, it is a shoot with them. Chloe is already quite a photographer in her own right and is trying to expand her portfolio (check out her blog here). Tim served dutifully throughout the evening as the “second photographer,” “blanket holder,” “chauffeur,” and general handyman.

We mostly shot in an urban setting, which made a lot of sense for my background (I grew up trapping gophers in a dairy farming community in the Cascade mountains). Some of our best shots were taken next to an old, run-down electric company building, perhaps to inspire some romantic electricity between Rach and me. I’d say it worked most of the time, but then again, I haven’t seen the pictures yet.

We ended up going to about 10 locations around the city, and we did stop for drinks and outfit changes at McDonalds at around 6:30 pm. We finished up at one of the Dayton MetroParks as the sun was going down–an hour that Chloe called “golden hour.” Apparently, in photography “golden hour” refers to the first and last hours of sunlight during the day when certain kinds of shooting become optimal.

As our time drew to a close and the sun fell toward the horizon, we took hundreds of shots by a slow moving river framed by massive oak trees. It was a picturesque scene in every sense of the word, accentuated by an overweight man eating barbecue yelling expletives at his children in the distance.

Overall, the experience was not nearly as traumatizing as I expected it to be. Chloe did an amazing job orchestrating the whole thing, and Tim was a more-than-capable assistant and second photographer. Rach was stunning as always, and who knows, maybe I even looked OK in some of the shots. We will post a link to Chloe’s blog if and when she posts some of the pics there.

They say that photography is an art. Getting over your fear of being photographed may be an art as well.